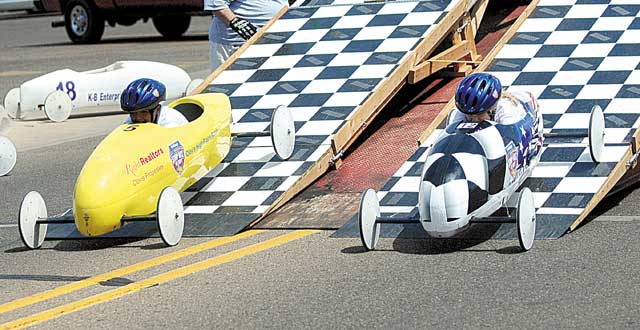 If you have thought about getting involved in soap box derby racing here is a great chance to check it out in the Cleveland area!

The Cleveland Soap Box Derby will be holding fun runs for future Soap Box Derby racers on Friday, March 18th from 3 pm to 10 pm at the show. Future racers that are age eligible and would like to get into a soap box derby will be given the opportunity to make a run down the indoor rally track.  On Saturday, March 19th and Sunday, March 20th, racers will hold an All-American Soap Box Derby Rally and will be racing for points. Once the races are completed, the fun runs will open to the public, time permitting.

The show will be celebrating its 50 years in Cleveland having started in 1967 at the Cleveland Convention Center with “The Former Fifty” and the “Featured Fifty” vehicles. The Former Fifty are winners from the past which will be displayed on Thunder Row as part of the 2016 Cruisin’ Times All Stars and the Featured Fifty.