A weekend to the Quail 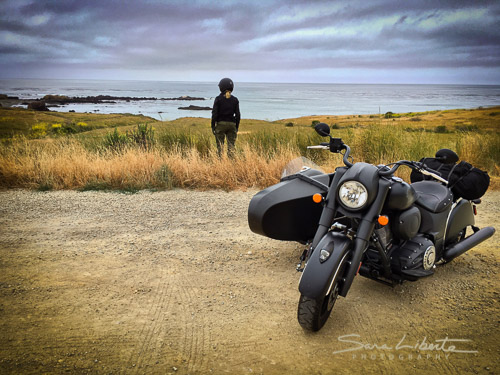 “Do you want to ride with us on the Why We Ride to the Quail Motorcycle Gathering?” That was one of the easiest questions I have ever had to answer in my life. “Who doesn’t want to do that?, Hell yes I’m in”. This simple question was how it all started for me to join friends on this amazing ride. We rode up along the CA-1 and were delighted to some amazing views and vistas. My first time on these roads and I can say hands down some of the prettiest roads I have ridden to date. Beautiful colorful flowers lined the roads and the smell of salt air was intoxicating, how would I ever pull myself away from this place? 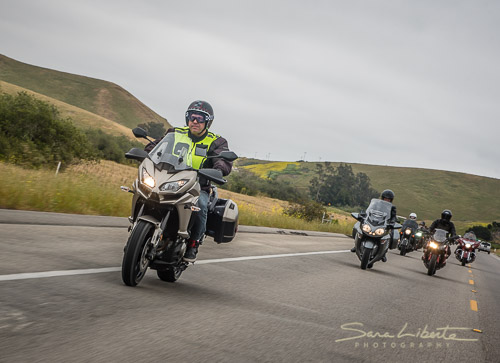 We were part of an amazing group of riders, some members of the AMA, and all proud to be here supporting Bryan Carroll and James Walker and the Why We Ride movement to support the pediatric brain tumor foundation. (PBTF). This was the second year for the ride and attendance had doubled, and it is expected to triple for next years ride. We took 2 days to ride up the coast and this allowed plenty of time to meet most of the riders and spend some time listening to their amazing stories. I got to share times with old friends and welcome new friends into my moto-family. Dave from the Veterans Charity Ride was in attendance and he had Tommy Montgomery with him. Tommy took part in last years Veterans Charity Ride, which takes wounded veterans on a ride form California to Sturgis, motorcycle therapy at it’s best. 2016 will be the second year for this ride. Brian Klock was cruising along on his brand new limited edition Jack Daniels Indian Springfield model motorcycle. Some of the riders thought I was crazy for jumping around in a side hack taking photo’s, but this was nothing new for Brian as we have been through this routine numerous times over the years. Actress Kristy Swanson and Her husband Former Olympic skater and World Champion Lloyd Eisler were fun to share laughs with and both are avid motorcycle riders. 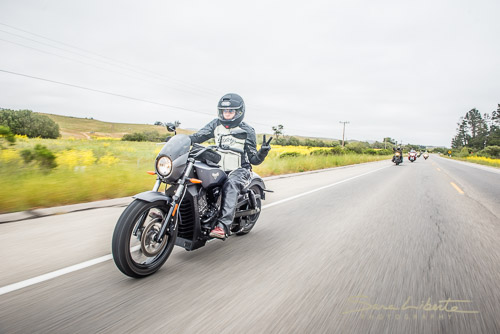 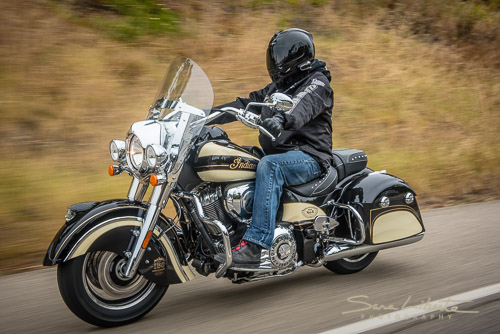 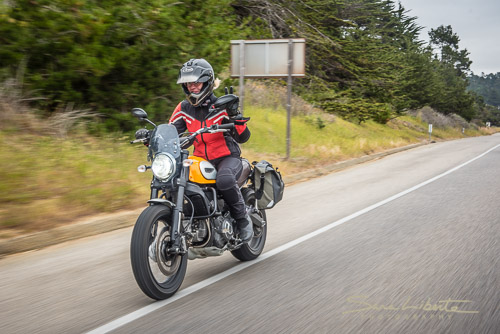 On Friday we stopped and admired the elephant seals bathing on the beach, this gave us more time to get to know other riders with.  We met Steve Moore, he was riding in the chase truck because he just had surgery on BOTH of his achilles tendons. He was so disappointed he was not riding.  Robert Pandya and Matt Swedlund of Indian Motorcycle were so inspired by Steve’s dedication to this event that they awarded him with the “Spirit of the Ride Award.” He also got to take my spot in the side hack Saturday morning and get a ride to the event. His first time ever in a sidecar and he loved it. Of course Pilot Robert Pandya was sure to get him up on two wheels to get the full side car experience! Smiles all the way around. 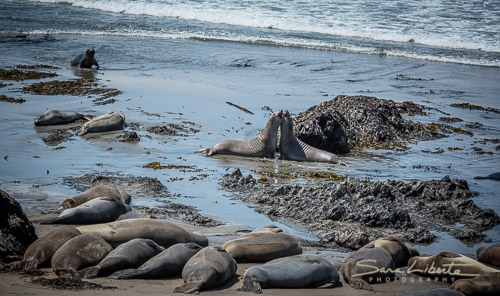 On Saturday we rolled into the Quail event via even more amazing roads and were all smiles as we stepped onto the immaculate green sea of pristine motorcycles, some rare unrestored, and some flawless restored to mint condition. It was a joy to speak with anyone you bumped into, as you both drooled over the machines on display. Strangers became instant friends as everyone gathered around a certain bike and shared memories of having a model “just like this when I was young”. Don Emde was on hand selling copies of his book “Finding Canonballs Trail”, and fellow “Moto-Star’s Celebrities and Motorcycles” exhibiter Perry King was at the AMA booth, sure was great to run into him and recall the weekend of the grand opening of that exhibit at the AMA museum in Ohio. I was excited to see Craig Vetter take to the stage, his first appearance since a pretty serious motorcycle accident. It was great to see Craig smiling and the crowd was just as happy to see him on the stage. The day was filled with amazing motorcycles,food, music, and even better people. After the awards were handed out, the crowds made their way back to their motorcycles for more moto-adventures. We later dined at “Turn 12” in Monterey and further enjoyed vintage motorcycles and delicious food. Such an amazing weekend of riding, and friends. Life is good! 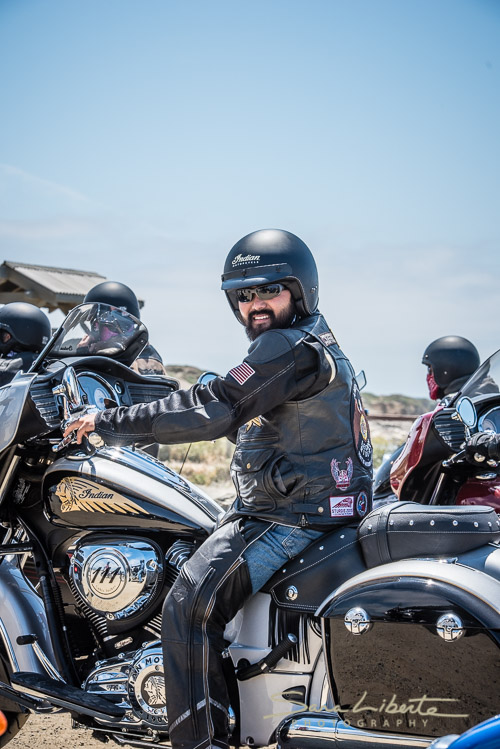 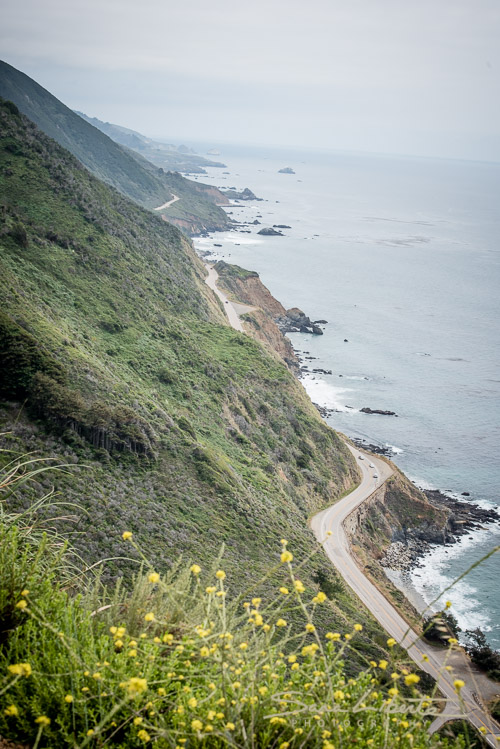 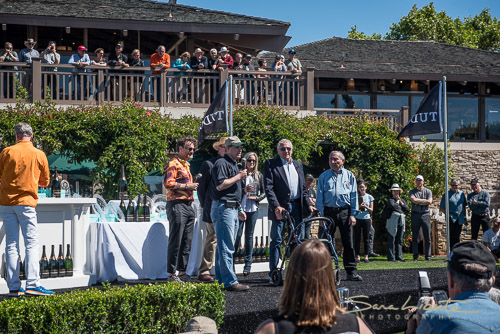 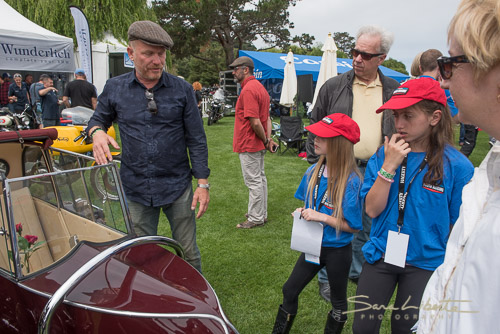 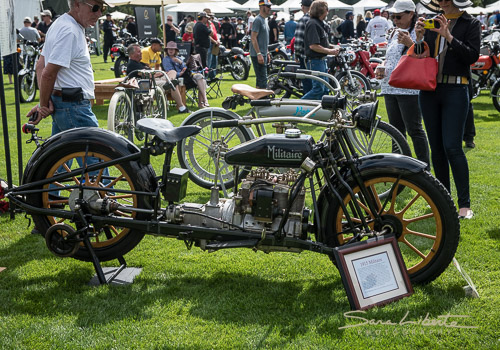 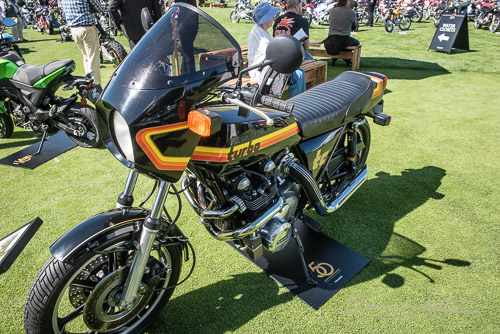 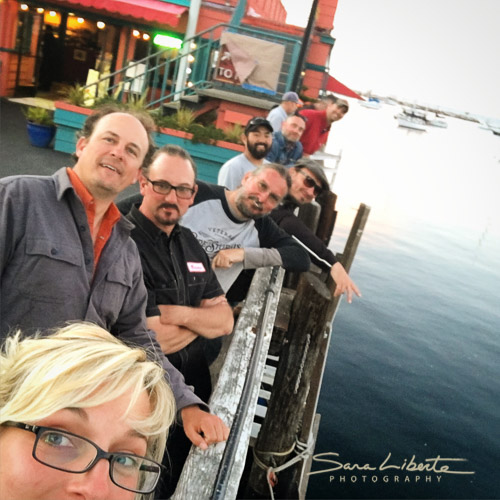 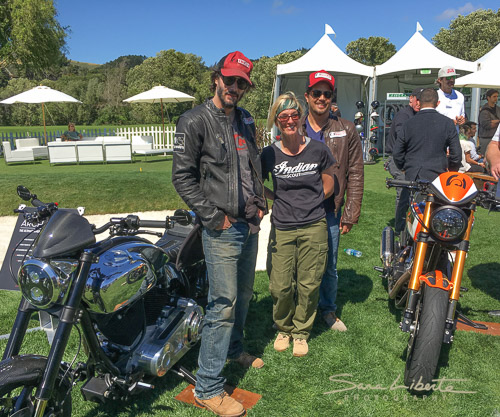 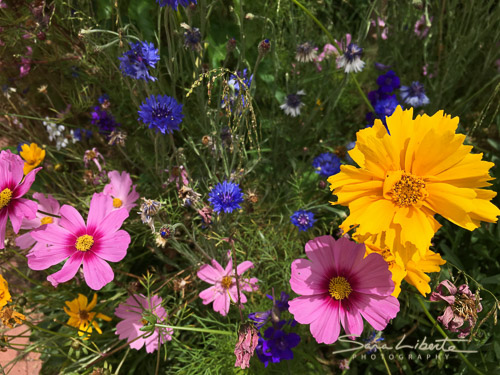