Kuryakyn® and the Sturgis Buffalo Chip® kicked off the Midwest’s biggest bike show with a bang, debuting the 2017 Rock, Rumble & Rebellion signature build in front of a packed house at the 30th annual Donnie Smith Bike & Car Show.
Representing seven days of electrifying racing in August at the Buffalo Chip Moto Stampede™, the sleek, industrial appearance of the 2017 Harley-Davidson® Street Glide® strikes a balance of refinement and straight-up rawness.
“As an aftermarket company, we were honored to take on the challenge of representing the Buffalo Chip’s 35th anniversary last year with a bike build,” said Holger Mohr, Kuryakyn President. “As enthusiasts first and foremost, this year’s focus of bringing racing back to the Chip is equally exciting for us. The Kuryakyn design team came up with an authentic race theme that truly embodies the ‘rumble’ in Rock, Rumble and Rebellion. There’s no better way to introduce our newest products to core Kuryakyn customers, and we’re proud to do it alongside the Buffalo Chip on the biggest stage in the motorcycle industry.” 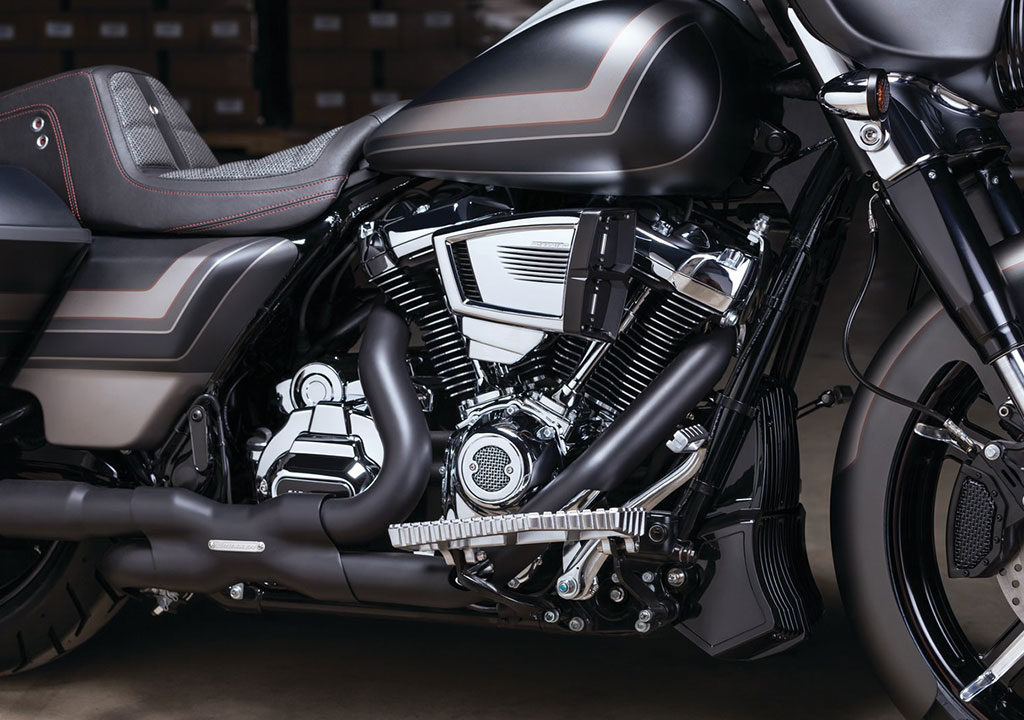