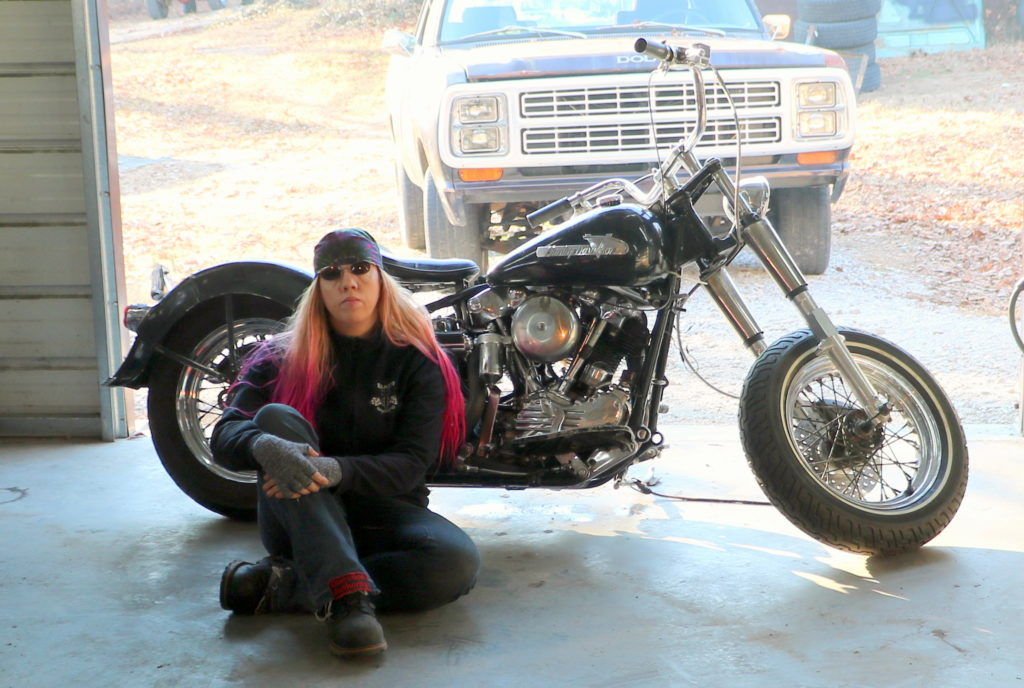 Since my last update, a lot of amazing changes have happened in my life; I sold my 1981 Ironhead “Iron Man” after owning it eight years to finish building my 1939 Knucklehead; I sold my 1974 Dodge Charger to purchase a 1968 Charger; I opted to paint my 1973 Rallye Challenger flat black instead of purple and I even covered up my Chevy bowtie tattoo with Mopar art!  None of these changes were easy but I felt that they had to be made to keep moving forward.

After writing for Renegade Magazine for over four years, I am now the editor.  I also started working with Throttle Gals Magazine in 2016.  My “Throwback Thursdays” event at the local Kenda Drive-In gained national attention in several magazines plus an article published via Street Muscle Magazine- http://www.streetmusclemag.com/features/cruise-night-and-a-drive-in-movie-not-really-a-thing-of-the-past/.  I finished my Knucklehead half-sleeve on my left arm and I hosted the first ever Distinguished Gentleman’s Ride (DGR) in my hometown.  I even received an award for raising the most money on my ride for their cause.

Last year after coming back from my trip to The Smoke Out in North Carolina, I was asked to become the official Ambassador for motorcycle tourism for the entire state of Arkansas where I am featured in their promotional video as well as having two pages in the 2018 Arkansas Motorcycling guide!  I was also pleasantly surprised to find that my 1956 Panhead received a four-page feature in The Horse Backstreet Choppers and this month got six pages plus the cover of American Iron Garage Magazine! 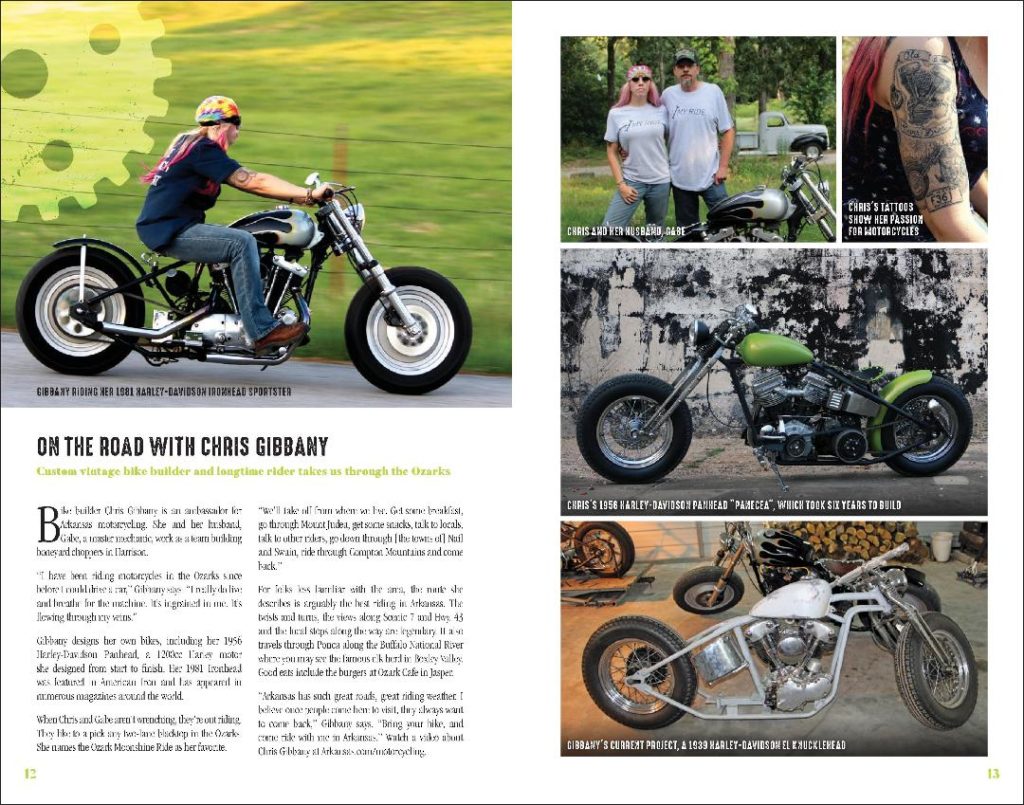 My narcissistic mother died in 2015 and after fighting my brother (who is also a narcissist) for over two years, the estate was finally settled.  I used my portion, the part that didn’t go to attorney fees, to purchase a 1937 Knucklehead that I have dubbed “Redemption”.  From the moment I brought the bike home, GOD put the name in my head as my redemption is to set others free.

I have already gotten some big-name sponsors for this project.  Avon Tyres has come on board with a set of MK II’s since I run 16’s on  both the front and rear of all of my builds (this will be my fourth); Baker Drivetrain has provided me with the coveted N-1 that puts neutral on the bottom which I install in all of my four-speed transmissions; Spectro Oils  is supplying oils and other lubricants, and Motorcycle House is donating $150 worth of motorcycle gear for when I get the project up and running. 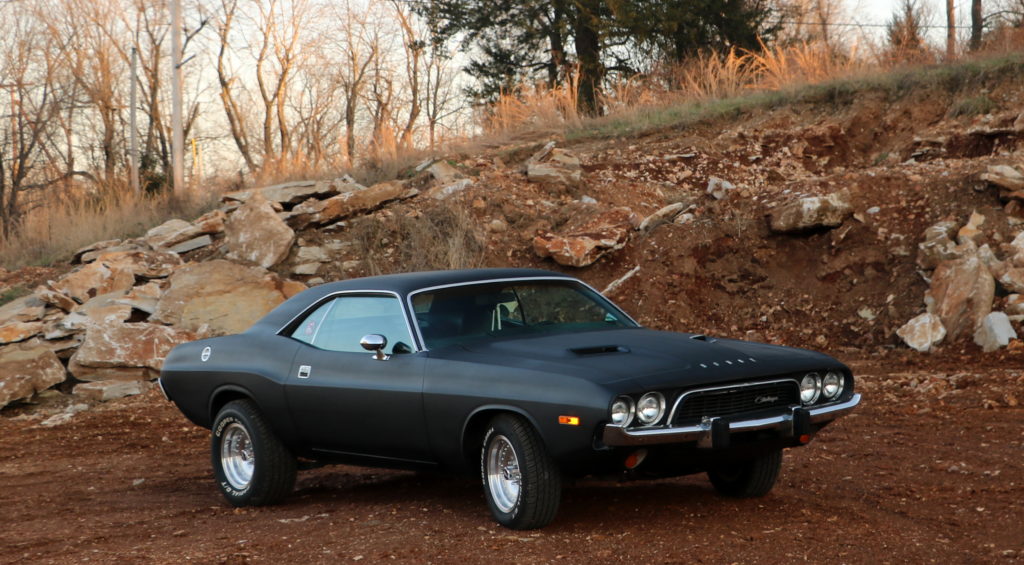 Even though I am very active in the car and motorcycle communities, it is all unpaid work.  For the last 12 years, I have dedicated my life to volunteering to causes that I am passionate about.

I will forever be grateful to Sara and Garage-Girls for selecting me as the winner of the 2014 Garage-Girls Ultimate Biker Makeover. Winning this contest changed my life and has provided so many amazing opportunities.  I love to promote women and the hobby in general and am thankful for the continued support from the sponsors of the Garage-Girls Makeover.

My articles appear in many publications and websites to empower people to live their best life.  I am super passionate about spreading my love of vintage cars and motorcycles to everyone, young and old, male or female.  I want to let people know that if you have your priorities straight, that you can accomplish almost anything regardless of what you have been told!  I live my life to the fullest, not just for myself, but also for others by constantly promoting people and products that I believe in.  Living well truly is the best revenge!

I am accepting donations to not only complete this project but to purchase brochures, bracelets, motivational cards, and T-shirts that I would like to get into the hands of others who have been victims as well as the general public to raise awareness to narcissistic abuse.  Telling my story is not easy, but I feel it has to be shared to keep moving forward.

I have created a GoFundMe if you would like to help- https://www.gofundme.com/raising-awareness-to-narcissism 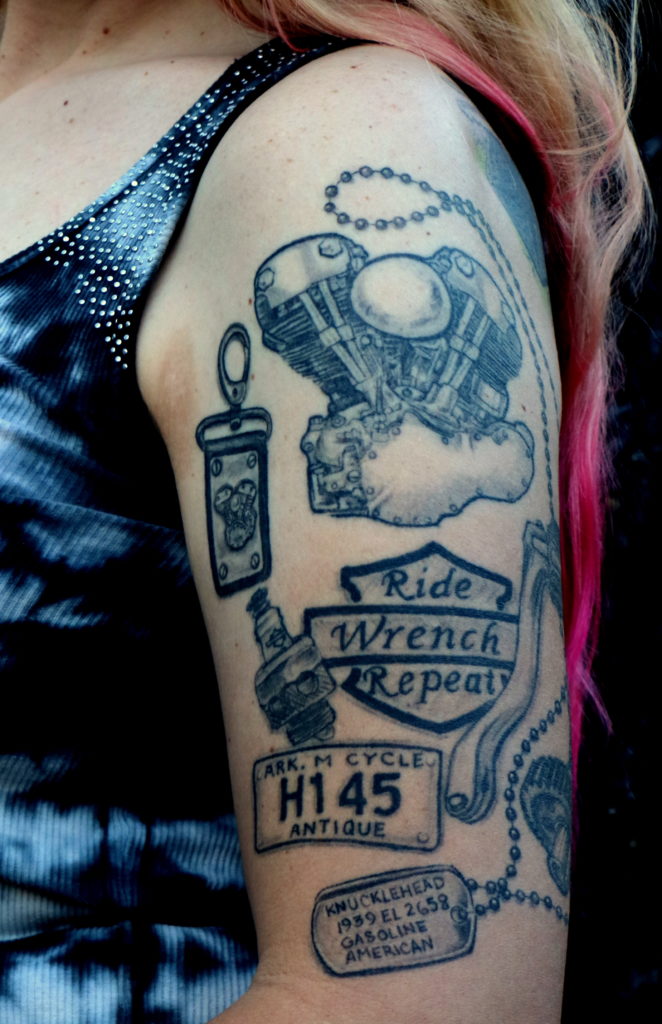