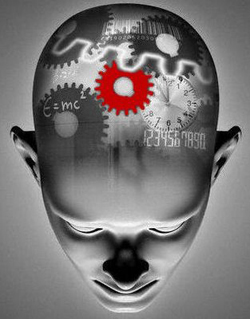 Pseudo intellectuals and misinformed observers,you are all just baby birds with your beaks wide open, longing to be fed regurgitated psycho babble.
“Supposed” misunderstood emotional vagrants.
Partly out of boredom,I have decided to coin a new term in psychology~but I will get to that in a moment. Freud I am not~however,I do not need to snort a line
or two of coke to have an understanding of the world.
Personally, I think that society puts too much stock into diagnoses and disorders. In the sense that,the labeling as “disorders” is completely assuming,i.e. under the assumption and above the suspicion that the order is entirely intact,and hasnt segmented into other “disorders.” I see many flaws in the social model-def:(systemic barriers, negative attitudes and exclusion by society (purposely or inadvertently)are the ultimate factors defining who is disabled and who is not in a particular society)and who thrives upon it.
Now for the long awaited revelation. New term:”Average Joe Complacency Syndrome”-an accute case of dementia attributed to a failure to understand
oneself and others. Disabling emotive capacity and replacing it with complacency and confusion,resulting in a loss of internal drive and self awareness. Also known as the “Mediocracy Syndrome”(another term I’ve coined,which personally~I would rather die than suffer from).
Subjects with said disorder(s) are known to often lack ethics due to greed and insecurity. Subjects often discredit relativity and perspectivism or social compromise, due to hypocracy and the failure to observe themselves and their surroundings. Failure to see that they are,for lack of a better way to phrase it-(insert expletive of choice here) morons.
“Symptoms” include:fear of aging, unquenched thirst for power, addiction, social hierarchy,homophobia,ostracism,loss of motivation, heightened faith in religion,and not taking responsibility for their own actions.
This disorder often leads to self destructive behavior,(after their “illness” destroys everyone around them that is)-which is why I believe arrogant (again insert expletive of your choice) shall one day (directly or indirectly) end the world. (which I still havent decided would necessarily be a “bad” thing).
So basically what I’m saying is,”Joe Schmo”(a guy that I am sure you know)-that joyfully chugs his beers in his stained white wife beater shirt,that verbally and/or physically abuses his wife and/or girlfriend,is a homophobe, believes that a womans place is in the kitchen,is starved for power,doesnt strive to make improvements to his life,believes everything he hears on the news, etc. will be the downfall of civilization as we know it.