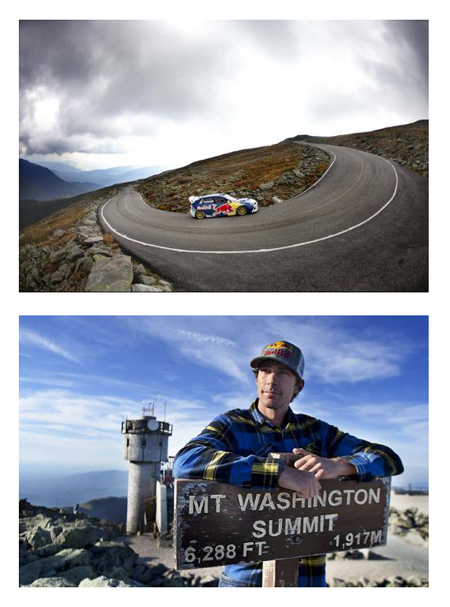 The 149-year-old Mt. Washington Auto Road has seen the likes of horses and carriages, camels, people, bicycles and most famously, competition race cars. Yesterday, traveling at an average speed of nearly 72 mph in a Vermont SportsCar-prepared, BFGoodrich Tires-shod 2011 Subaru Impreza WRX STI rally car, four-time Rally America National Champion Travis Pastrana made sure the project name, Red Bull Speed Chasers, lived up to its name. He reached the summit faster than anyone else in history by clocking an officially timed run of 6 minutes 20.47 seconds, besting the previous record by more than twenty seconds. Amazingly, Pastrana achieved the impressive time on his first ever high-speed run to the summit. Pastrana has effectively thrown down the gauntlet in advance of the legendary Mt. Washington “Climb to the Clouds” Automobile Hillclimb, which will take place in 2011 after a 10-year hiatus.

The 7.6-mile-long Mt. Washington Auto Road is one of the ultimate challenges for driver and automobile; the serpentine tarmac and gravel road is lined with trees and dangerous drop-offs above the mountain’s tree line as it winds its way to the 6,288 foot summit of the Northeast’s tallest peak. The road, which features more than 100 turns, is mostly paved but features a technical dirt section that is approximately one mile long. The road climbs 4,618 ft from an altitude of 1,527 ft with an average gradient of 11.6%.  We have ridden our bikes up this road and it is intense, can’t imagine making it to the top doing 72 MPH. Go Travis!